One of the most important bioactive compounds in medicinal mushrooms are (1>3)(1>6)Beta-D-glucans, which are bioactive carbohydrates (a type of polysaccharides).
Beta-glucans are considered important because they can trigger certain receptors in the immune system without any side-effects popping up.

They have the ability to modulate our immune function; to boost it when it’s low and get it back in line when it’s over-reacting (e.g in case of allergies and many auto-immune problems).

Medicinal mushroom extracts are not the only suppliers of beta-glucans, though. Beta-glucans are also found in e.g. oats, barley and yeast. In 1997, the FDA even approved of a claim that a daily intake of at least 3 g of beta-glucan from oats decreased saturated fats and reduced the risk of heart disease.

Yeast-derived beta-glucan is popular in particular because it is relatively cheap. One of the most common sources of beta-glucan for dietary supplements is baker’s / brewer’s yeast (Saccharomyces cerevisiae).

This particular yeast is available in huge quantities, almost for free, because it is an industrial waste product. Most of it is usually sold as a cheap animal feed supplement. The majority of beta-glucan supplements are based on this yeast-derived beta-glucan.

Sometimes the question comes up what is ‘better’ : the yeast-based beta-glucan supplements or the mushroom extracts where beta-glucan is the main bioactive ingredient.

The answer can be found in research, if you know where to look for it. After reviewing the available research our conclusion was that mushroom beta-glucan has significantly more therapeutic potential and yields much better results.
Although the exact mechanism is still a subject of discussion, the reason is most likely that mushroom-based beta-glucan molecules have a more complex structure, have a much higher molecular weight and part of mushroom beta-glucan is linked to proteins/peptides. A combination which has also shown promising immunological effects (such as in Coriolus PSP -Turkey Tail- and Reishi). 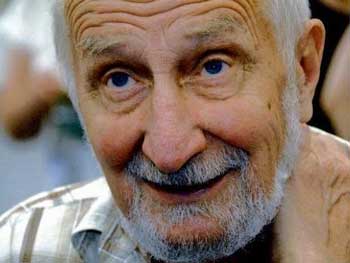 One of the main researchers investigating beta-glucans and their therapeutic potential is Vaclav Vetvicka Ph.D. (University of Louisville, USA). He published many papers on the subject. In recent years Vetvicka got commercially involved with a leading manufacturer of yeast beta-glucan, leading to an impossible to miss bias in his test results, unfortunately.

In his most recent papers when comparing supplements against each other the mushroom products are either non-extracted (such as Host Defense) or low potency, impure products from countries such as Korea or Hungary. No wonder his preferred product always ‘wins’.

That being said, in his older publications he is comparing well-known good quality products against each other. Although in our opinion these papers are flawed in several ways (like: samples were not tested for actual beta-glucan content ? other immune-modulating compounds present were not taken into account ?) there are interesting results.

Beta-glucan: Silver-bullet-or-hot-air (2010) is a research paper where 16 commercially available beta-glucan-containing supplements were tested for efficacy.

Two of these were mushroom-only (PSK and Maitake Gold), one was a barley-based product, one was a mix of mushroom- and yeast-derived beta-glucan. The remaining 12 were all yeast-based. The product that had the best score overall was the yeast-based Glucan #300 (Transfer Point), followed very closely by the Maitake extract.

However, what was left out in the conclusion is that the Maitake extract (Maitake Gold) contains only ≥ 20 % purified beta-glucans (revealed in B2B communication), whereas Glucan #300 guarantees ≥ 83 – 86% of beta-glucans. In other words, the Maitake product only had 1/4 of the beta-glucans found in the yeast-based product. This was not taken into account during testing.

Taking this into account and looking at the test results again it is obvious that both the Maitake product and the PSK product (≥ 15 % beta-glucan) will outclass all others easily. Compared against the number one of the list the difference in therapeutic potential is minimal even though the beta-glucan content is only 1/4 of that number one, Transfer Point’s Glucan #300.

Another research paper is An Evaluation of the Immunological Activities of Commercially Available β1,3-Glucans (2007) which shows a similar outcome.

The conclusion therefore can only be that mushroom extracts are to be preferred over yeast-derived beta-glucan supplements. They achieve a similar immune-modulating effect at a significant lower dosage and on top of that have many other beneficial health effects not found in yeast beta-glucan products.

Last minute addition: one of our customers sent us the following statement. It is more proof of the baffling ignorance one can come across on the internet:

The statement was quoted from the cancerdefeated website. It shows a complete lack of understanding of the digestive system. NOTHING is absorbed in the stomach. The stomach works like a large blender. It only prepares food for further digestion/absorption and ‘processing’ in the intestines. See this link for a brief description of the digestive process.

Statements such as these prove again how important it is to do your due diligence before spending your money. Marketeers will say anything to sell their product, and the internet is mostly unsupervised – as a customer you are unprotected.

6 thoughts on “Beta-Glucan : Yeast or Mushroom ?”